His family moved to the island of Murano when he was two months old.
At the age of twelve, Dino Rosin left school and began working as an apprentice at the Barovier and Toso glassworks, where he remained until he joined his brothers Loredano and Mirco in their Artvet factory in 1963, making unique glass sculptures.
Dino Rosin continued working at Artvet until 1975 when he moved to Loredano Rosin's newly established Studio as his assistant. There, Dino collaborated with his brother for more than 25 years, becoming one of the best international artists.
In 1988 Dino Rosin was invited to the Pilchuck Glass School in Washington to teach freehand glass sculpture with Loredano and American glass artist William Morris. Examples of his skill in cutting and finishing large glass sculptures have been exhibited around the world.
After the tragic death of Loredano (1991), brothers Dino, Diego, and Mirco opened a new glass studio in 1992.
There Dino forged his glass sculptures, characterized by purity of the material, simplicity of form and technical research. For the past two decades, his works have been exhibited in many major art galleries around the world, and each year he is called to the United States and other parts of the world for courses and creative demonstrations. 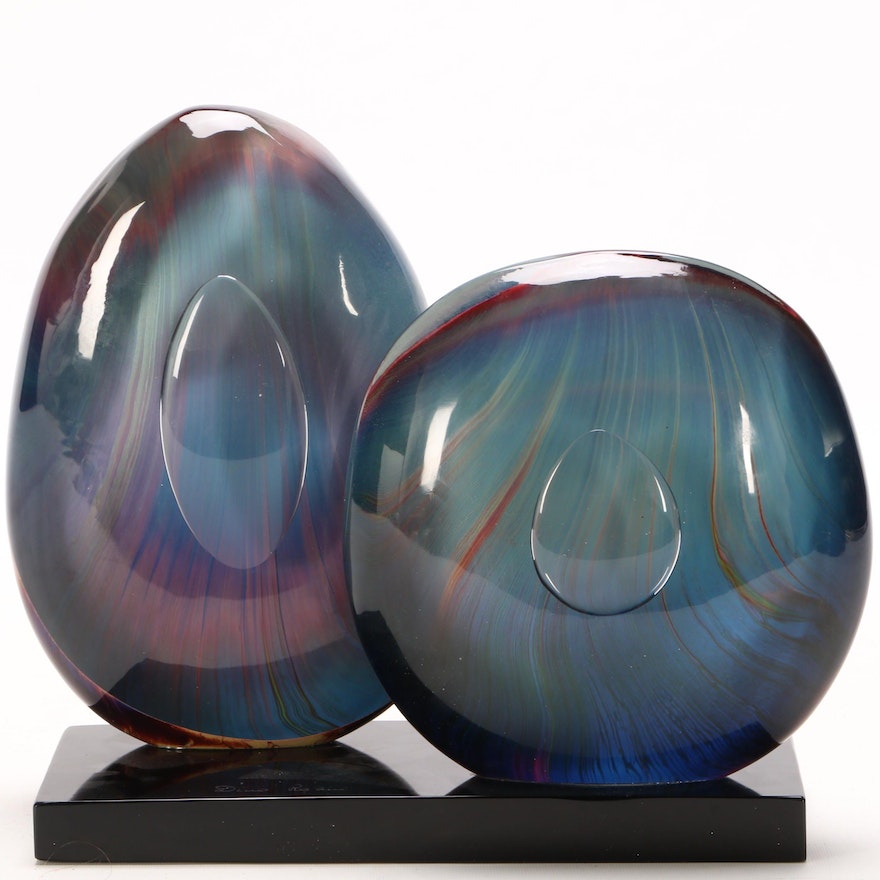